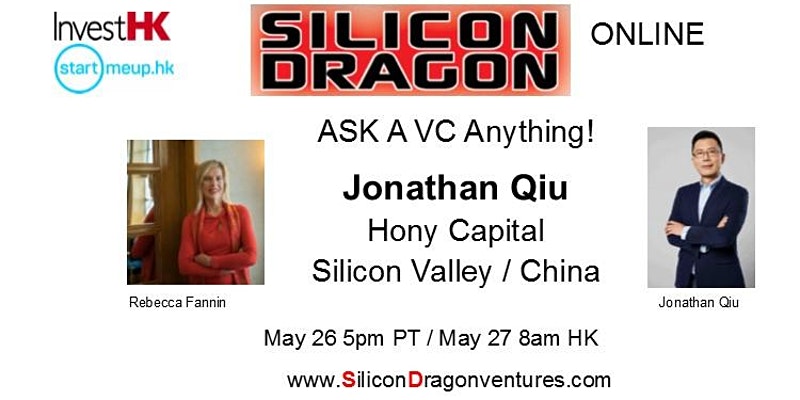 Jonathan was Managing Director and Head of the Investment Committee of Decent Capital, a top-ranked VC fund created by Tencent co-founder Jason Zeng. Prior to that, Jonathan was an early leader of Tencent’s Cloud initiatives.

Entrepreneurs may chat with Jonathan or ask him a question during the show. Find out about what types of startups he’s investing in, and learn about his recent deals, and his view of emerging innovative companies in China and Hong Kong.

The show is hosted by Rebecca Fannin, Silicon Dragon founder/editor and Tech Titans of China author.